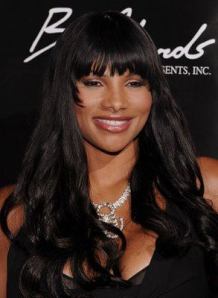 So I was browsing bossip.com when I saw this post about an interview that Sandra “Pepa” Denton did with VIBE. I decided to check it out. Before I go into my views, here’s a copy of the article straight from vibe.com:

Just about every hip-hop head, old and recent, has an opinion on a certain heavy-banged, animated female rapper. Next to share their thoughts on the ever-present Nicki Minaj? One half of the best-selling female rap act, Sandra “Pepa” Denton.

Pepa, who debuted her first Salt-n-Pepa album Hot, Cool & Vicious in 1985, shared with VIBE her feelings on the new, 25-year-old, pink-adoring rapper. “She reminds me of [Lil’ Kim]. Bold and you know… she’s young. And a lot of people are like ‘Oh what do you feel about her because of the message?’, but to me she hasn’t learned the message yet,” she says.

“[Salt-n-Pepa are] old in the game, we started out a little raw, so after a little while I’ve learned and changed because my audience changed. Kids started coming to my concert and I realized that I had sense of responsibility. I was cursing in my shows, and then I started seeing little kids and was like, ‘Oh what are they doing here?’ And after a while I had to stop, I didn’t feel right.”

Minaj expressed to BET recently during a 2010 Spring Bling special that though her shows are unconventional, uncensored, and filled with signatured boobs, she’s attempting to find a balance between the older audience she targets and her over-loyal younger fans. 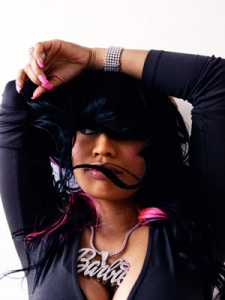 Pep hinted at starring in a new reality show in search of the new Salt-n-Pepa, to which she wouldn’t mind if Minaj played her younger self.

“I’m not mad at Nicki. I think she’s talented. I love her style. She has a lot of attitude, she has a lot of things she wants to express so I wouldn’t be mad at that. I was there at that age, so I don’t expect her to be like ‘Oh let me start being this way.’ This is what she’s feelin’.”

Salt-n-Pepa are currently in the studio working on new material. —Tracy Garraud

Okay, so I understand where Nicki is coming from with her dilemma. You see these kids in the audience, but then again you see the 30 year old right next to them rapping every lyric as well. At the end of the day, you can’t please everybody. For the 12 year olds, it is up to the parents to be educated on the artist and the content of the music before they let their child (and YES i said CHILD) go to a Nicki Minaj concert. If the parents are cool with their child being in that type of environment then so be it. Should Nicki censor herself? Well, she can and even if she does, I don’t think its going to take away from her show. I  mean, come on, the video is censored, RIGHT? Also, as far as her signing boobs, if you are a Nicki Minaj fan then you should know that she signs boobs. I am ride or die Nicki Minaj, but best believe that I will probably not ask her to sign my boobs, LOL. I think parents should know that this goes on before they let their CHILD go to the show and if its that big of an issue then the PARENT should go with them.

BTW, at what point in Pepa’s career did she start censoring herself? I clearly remember her on that VH1 show doing a lap dance on a man during a rehearsal AND putting a nude portrait of herself up in a window at Salt’s house. Correct me if I’m wrong, PLEASE.

One thought on “Role Model or Not?: Pepa discusses Nicki Minaj”