In writing the Diamond Collection, I have always tried to illustrate Tiara Smith Washington as a ride or die friend. Ever since the beginning of Diamonds in the Rough (DITR), she is right by Carmen’s side and stays there even when Carmen does some not so pleasant things. Although Tiara is only a supporting character, her story is equally important because of her contributions to Flame.

To start, little is revealed about Tiara’s background. Most of this information I have saved for book six of the collection, which is entitled The Diamond Tiara. While this novel does follow the chain of events that occur within the series, it will focus more on Tiara than in previous works. In terms of things that have been revealed, it is known early on that Tiara does not have a great relationship with her mother. She was raised by her grandmother in West Brookstone until she turned five. It was then that she moved in with her mother and new stepfather. I don’t want to give away too much, but I will say that a series of events occurred, which weakened the relationship Tiara had with her mom. When it comes to her biological father, she never met him and knows very little about him. Aside from her parents and grandmother, she doesn’t have any close relatives until she marries Malik, which occurs at the end of Diamonds are Forever.

I decided to have these two in a relationship because I didn’t want either party to be single considering the amount of time that had passed between the first two books. Instead of creating new characters as their love interests, I decided to put these two together. I also wanted the relationship to be a secret to further illustrate how Carmen’s tryst with Carlos impacted Tiara. It is because of her friend’s betrayal that Tiara fears that every man who crosses her path will somehow fall for her friend instead of her. In addition, she believes that she will always be in Carmen’s shadow because of her friend’s wealth and power. Tiara is not necessarily jealous, but as she gets older, she realizes that she needs to have her own identity outside of Carmen.

Some of this also stems from her position at Flame. It is no secret that Tiara is fully responsible for Flame being a thriving business. If it wasn’t for her taking over the finances of Flame when Carmen was arrested, the clothing company would not have come become a multi-million dollar brand. Tiara actually gave up her college career (she was majoring in Business Administration at Brookstone University) in order to devote her time to Flame. Once Carmen was released, she relinquished control of the business and took a position as Vice President. For seventeen years, she worked alongside Carmen without ever owning one single percent of Flame. Though she is paid well for her work, Tiara will eventually begin to want more, which will be shown in future works. 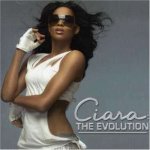 As far as Tiara’s physical appearance, I wanted her look to be totally different from Carmen. When I envision Tiara, I see a woman who is about 5’7 or 5’8, small-framed with slight curves, and wears a jet black Indian Remy sew-in (LOL). To give you more of a visual, just picture Ciara on the front cover of her Evolution disc. This is the closest I can get in terms of a physical image. Moreover, as I write this blog post, one of my co-workers who is currently reading DITR, tells me that she thinks the girl on the front cover of the book seems more fit for Tiara than Carmen.

What do you think? Is there anything else you would like to know about Tiara? Leave a comment!

One thought on “Behind the Book: Tiara Smith Washington”